Edward Scissorhands, directed by Tim Burton, and starring Johnny Depp, Winona Ryder, and Dianne Wiest, is the story of an artificial man, who was incompletely constructed and has scissors for hands, leads a solitary life. Then one day, a suburban lady meets him and introduces him to her world. 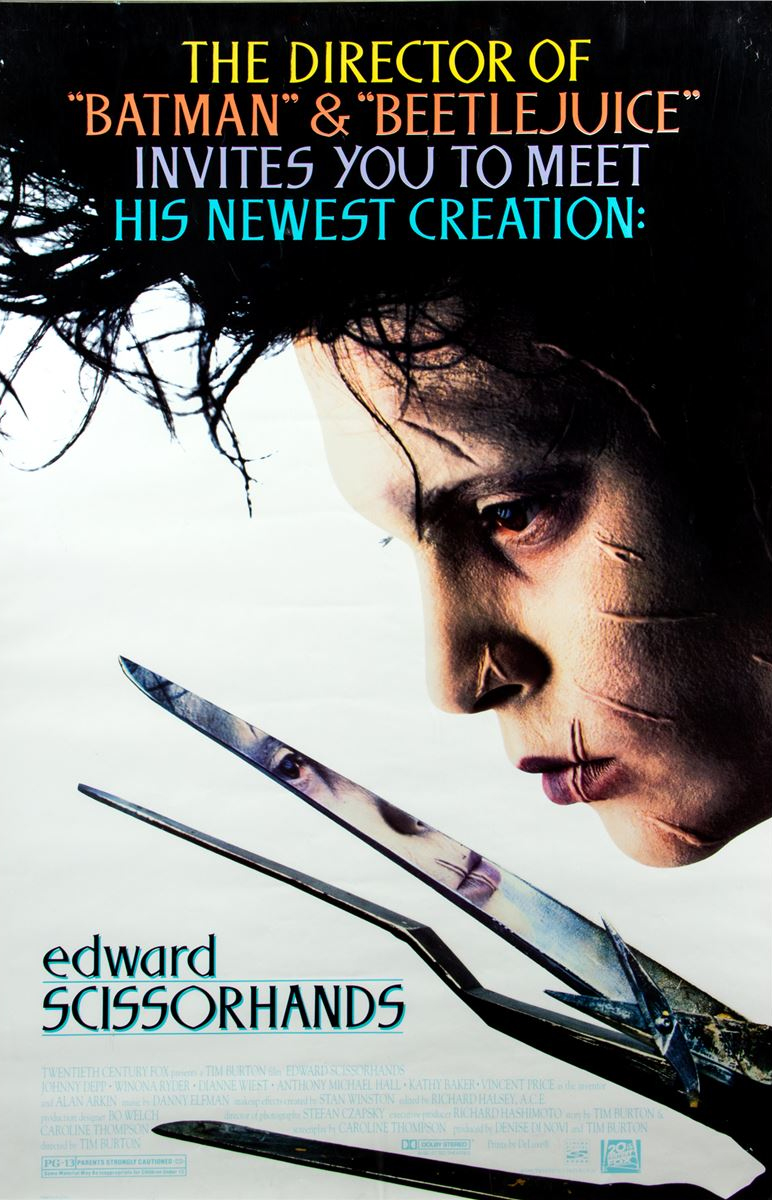