Theresa Caputo, from TLC’s hit show, Long Island Medium, will appear live and share personal stories about her life and explain how her gift works. She will deliver healing messages to audience members and give people comfort knowing that their loved ones who passed are still with them, just in a different way.

“The Experience” brings Theresa face-to-face with her fans, as she lets spirit guide her through the audience. A video display ensures everyone in the venue has an up-close-hands-on experience regardless of seat location. “The experience isn’t about believing in mediums. It’s about witnessing something life-changing” says Theresa Caputo. “It’s like Long Island Medium live, witnessing first-hand spirit communication.”

Although Theresa will be giving readings to various audience members throughout her show, the purchase of a ticket does not guarantee a reading.

The highly-rated show Long Island Medium follows Theresa’s life as a typical Long Island mom with one very big difference…she can communicate with the dead. Since she cannot “turn off” this gift, messages from departed loved ones can come through at any time, which lead to spontaneous readings with those she encounters. In addition to her television show, Theresa has appeared on such programs as “Jay Leno,” “Jimmy Fallon,” “Steve Harvey,” “Live with Kelly and Michael,” “Dr. Oz,” & “The Today Show.”

Theresa’s latest book, “Good Grief: Heal Your Soul, Honor Your Loved Ones, and Learn to Live Again”, was released in 2017 and debuted on the NY Times Best-Seller List at #3. With her energetic, positive, and encouraging tone, Theresa uses the lessons from Spirit to guide the reader through grief toward a place of solace and healing. Theresa’s second book titled “You Can’t Make This Stuff Up” was released in September 2014 and debuted at #9 on the NY Times Best Seller List. Her first book titled “There’s More to Life Than This” was released in the fall of 2013.

Theresa has been a practicing medium for over 20 years. She helps individuals find closure by delivering healing messages. For Theresa, this is not just her job… this is her life. Learn more about Theresa at www.theresacaputo.com.

A limited number of PRE-SHOW VIP photo opportunities will be available as an add-on. Patrons are to arrive at 3:30pm for a 4:30pm photo taken by a professional photographer (no personal cameras or smart phones will be allowed).  Your photo will be ready to download within three business days of the event.  Instructions on how to get your photo will be handed to you during the VIP Pre-show event. Please note that neither autographs nor readings will be available. When arriving at the venue, please head to the box office for further instructions.

Please note that guests who have purchased a VIP upgrade must wear a proper face-covering at all times during the VIP event including in line, during the photo opportunity with Theresa, and exiting the VIP experience. This policy is enforced for all patrons, regardless of vaccination status– there will be no exceptions.

Please visit our COVID-19 Info page to familiarize yourself with our new health and safety measures and “What To Expect” prior to attending an event at the Orpheum Theatre.

Some of the health and safety measures we’re implementing will include:

All previously purchased tickets from the previously scheduled dates will be honored on September 25 and fans are encouraged to hold onto their tickets. Ticket holders unable to attend the rescheduled date have until Wednesday, March 10, 2021 to request a refund at point of purchase.

For ticket and refund inquiries, please contact Select-A-Seat at info@selectaseat.com with your confirmation number and seat location. Please allow 72 business hours for a response. 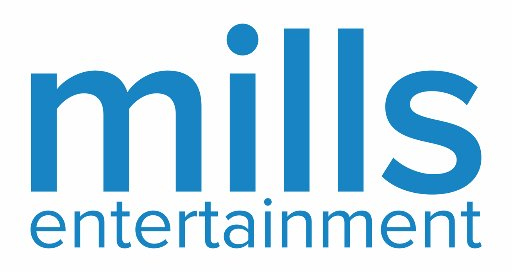