The Orpheum Board of Directors met September 24 and voted unanimously to keep the theatre closed through October, for the health and safety of the community, our patrons, staff, and volunteers, as we continue to monitor the ongoing COVID-19 situation locally.
Up until this point, our team has held out hope we would find ourselves in a position to safely reopen and reschedule all the movies we’ve postponed since March. However, with this most recent ruling by the board, we’ve made the decision to consider the 2020 Anniversary Film Series officially cancelled.
Refunds are available through Select-A-Seat, however, we ask that you please consider waiving your refund to be credited as a gift to the Orpheum Theatre. If you purchased series passes, your refund or gift amount will be prorated for the 10 remaining films in the series.
Please email info@selectaseat.com, no later than Monday, November 30, 2020, to notify Select-A-Seat if you would like to either make a gift to the Orpheum or receive a refund.
We appreciate your patience and understanding as we came to this difficult decision. We hope to find a creative way to still show the films we intended to show in 2020 as we were genuinely excited about everything we had planned for this year’s series.
Thank you for your continued support of the Orpheum Theatre and the Anniversary Film Series.
_____________

All work and no play makes Jack a dull boy. Relive Stanley Kubrick’s adaptation of a Stephen King classic on the big screen in The Shining.

Jack Torrance (Jack Nicholson) becomes winter caretaker at the isolated Overlook Hotel in Colorado, hoping to cure his writer’s block. He settles in along with his wife, Wendy (Shelley Duvall), and his son, Danny (Danny Lloyd), who is plagued by psychic premonitions. As Jack’s writing goes nowhere and Danny’s visions become more disturbing, Jack discovers the hotel’s dark secrets and begins to unravel into a homicidal maniac hell-bent on terrorizing his family. 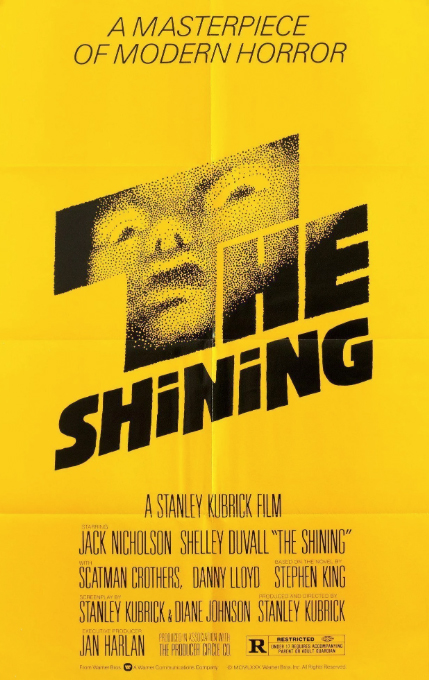