EVENT UPDATE: Due to the ongoing COVID-19 pandemic, our screening of The Apartment, originally scheduled for April 16, is postponed. We are waiting to see how long our current stay at home order lasts before rescheduling sometime later this spring or early summer.

The story follows C. C. “Bud” Baxter (Lemmon), an insurance clerk who, in the hope of climbing the corporate ladder, lets more-senior coworkers use his Upper West Side apartment to conduct extramarital affairs. Bud is attracted to the elevator operator, Fran Kubelik (MacLaine), who in turn is having an affair with Bud’s immediate boss, Sheldrake (MacMurray).

2020 Anniversary Film Series passes are prorated after each film. Order series passes online HERE, by phone at 855.755.SEAT, and in person at the Select-A-Seat Box Office at INTRUST Bank Arena. 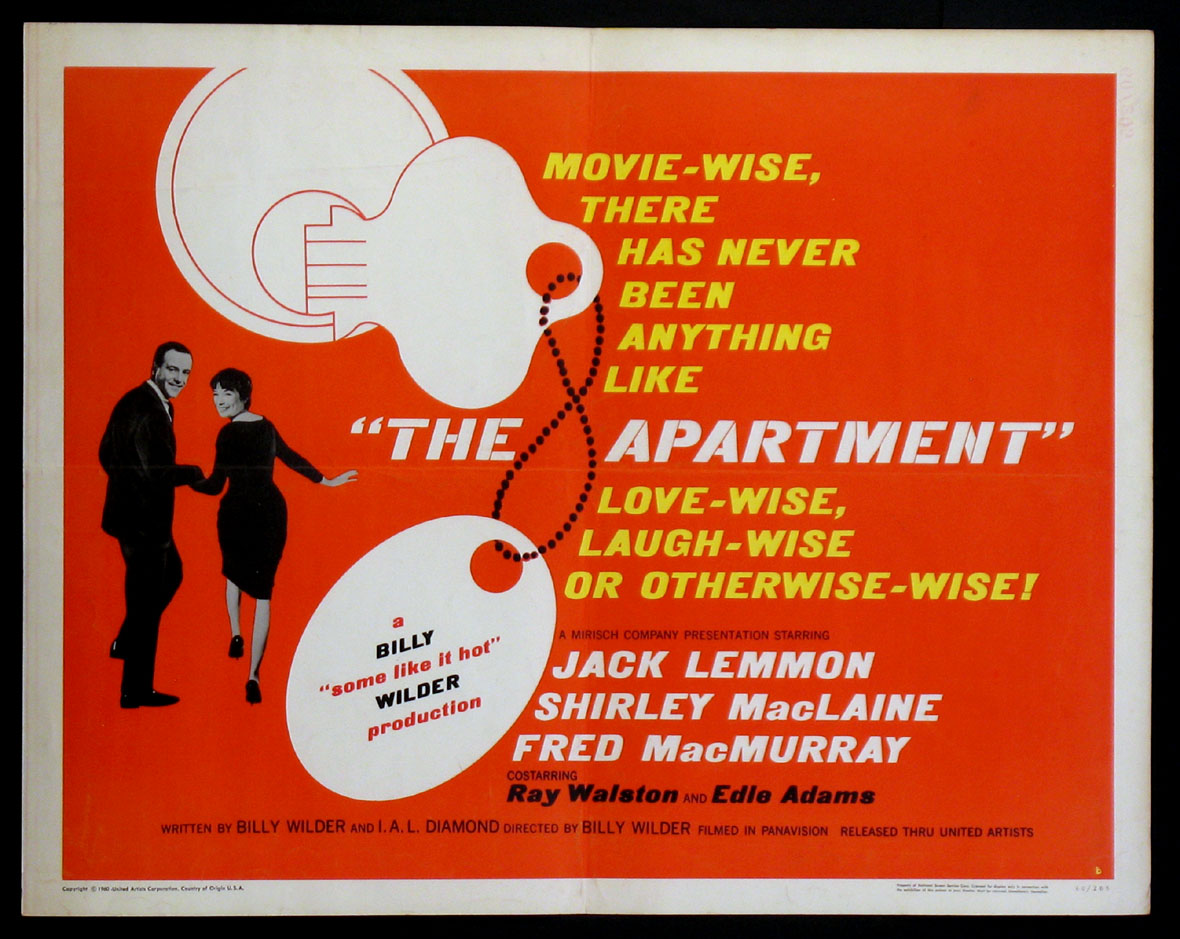