The film tracks a ragtag group of combat veterans in New York whose anti-war art, poetry and papermaking keep them together, despite the spectre of their friend’s suicide and that healing from war is sometimes an impossible mission. Producer(s): Noah Lang, Rosario Dawson

Documentary. In a divided America, Van Jones controversially works across party lines on landmark criminal justice reform and a more humane response to the addiction crisis. Attempting to be a bridge builder in a time of extreme polarization takes him deep into the inner workings of a divisive administration, internal debates within both parties, and the lives of frontline activists fighting for their communities. Produced by Lance Kramer

The country was transitioning from the late 1970s into the 80s and pop culture was shifting along with it. It was a decade of excess and excitement and made for the perfect introduction to a new, uniquely American take on a familiar sport. It was called the Major Indoor Soccer League. The “slow,” “low scoring,” “boring” European sport was transformed and rebranded as “hockey on turf” and for a short, but exciting time America fell in love with it.

From East to West all the major markets had a team: Los Angeles, San Diego, Phoenix, Houston, Chicago, Pittsburgh, Baltimore, New York, the list goes on. But one city had a franchise that didn’t fit within that roster: Wichita, KS.

With the help of several passionate owners, a charming Liverpudlian Coach, a roster of talented, sexy, pro athletes from Denmark, England, and beyond, and an energetic and dedicated fanbase, the Wichita Wings held their own in the most exciting sports league of the decade. “God Save the Wings” chronicles their journey through the 80s, sharing the thrills, wackiness, and flagrant debauchery; their triumphant victories and shattering defeats. Told in a style that matches the cheesiness and kitsch of the 1980s, this film serves as a time machine for a period when American Pop Culture was just plain fun.

Centerpiece Gala Party Sponsored In Memory of James Sprowl to follow immediately after the Q&A on 1st Street outside the Orpheum.

The Orpheum Theatre now offers cashless concessions, a cash-free experience where only card and mobile payments are accepted. This allows for limited direct contact between guests and employees and expedites the purchasing process for all guests. For guests who prefer to pay in cash, a Cash-To-Card option will be available to exchange cash for a loaded Visa card (currently available in increments of $25 and $50). The prepaid Visa cards are available at no extra cost and can be used at all Orpheum concessions and bars. Any remaining balance left on the card can be used anywhere that Visa is accepted worldwide.

Tallgrass is following all lawfully required COVID-19 health and safety protocols including KS State Department of Health guidelines and CDC guidelines and will continue to update and revise our protocols to reflect the most current safety standards – so make sure to reference the page below closer to your event. Due to variants, event plans and COVID restrictions can change.

Masks will be required indoors regardless of vaccination status at all events unless actively drinking or eating. 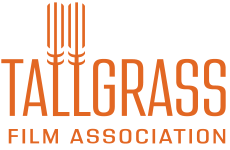