The 2020 Anniversary Film Series, presented by Emprise Bank, kicks off January 16 with Monty Python and the Holy Grail.

Monty Python celebrated their 50th anniversary in 2019, now we’re celebrating the 45th anniversary of their finest, most quotably absurd film. From its opening multi-language titles (that sure looks like Swedish) to the closing arrest of the entire Dark Ages cast by modern-day bobbies, Monty Python and the Holy Grail helped to define “irreverence” and became an instant cult classic. 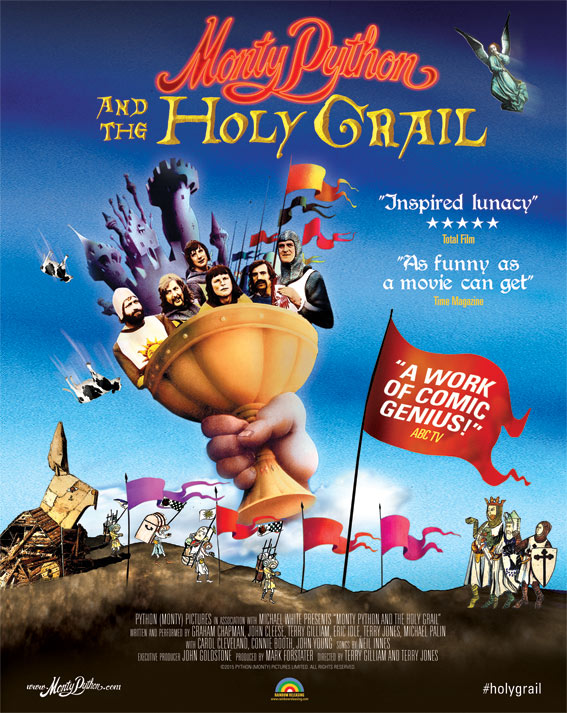